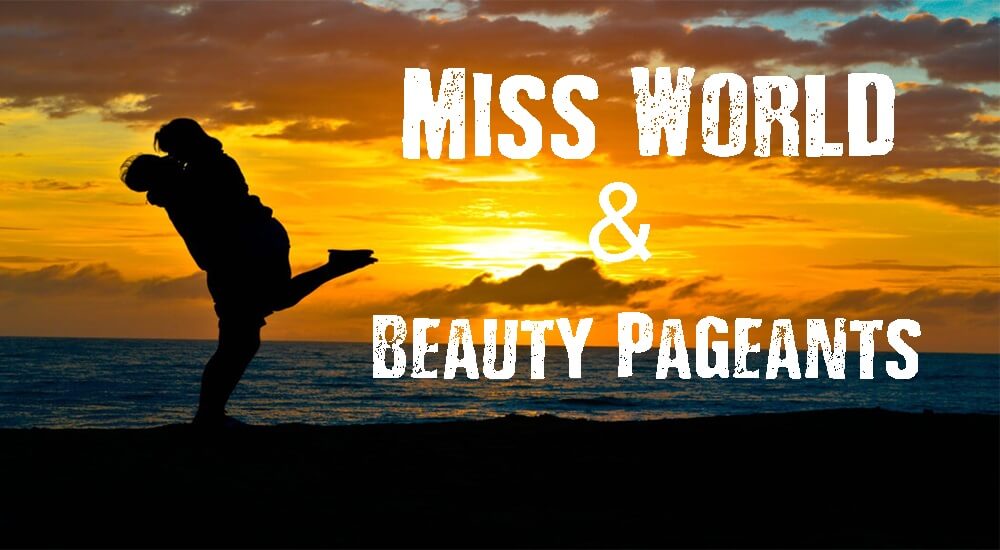 Many people think that beauty pageants present women as a product, it is actually detrimental to the dignity of women.

It is a matter of controversy whether beauty competitions are putting positive or negative effects on the dignity of women as human beings. People both for and against such competitions show cogent reasons and strong feelings.

Those who advocate beauty pageants say that such competitions are a symbol of women’s freedom.

Women’s beauty is adorable and praised by everybody. Such programs allow women to show their beauty and please others.

Moreover, in the beauty pageants, only the physical beauty of women is not evaluated. Their mental strength, clarity of views, and intelligence are also measured.

They are like the competitions of excellence for women. Here a woman can exhibit her physical and intellectual capabilities to the full extent.

Those who oppose beauty pageants also show their reasons strongly.

They show the argument that the main focus of these beauty pageants is the physical beauty and sex appeal of women. At first, the competitors have to be beautiful and attractive.

According to them the dignity of a woman is in her role to sustain fame as a wife, a sister, and a mother. In the family, she is truly loved, respected, and adored.

Here she is not a product for purchase and to throw away after use. Here her dignity and value are not confined to her physical beauty and attraction.

Her beauty here plays a role in making a conjugal relationship with her husband and in building a family under mutual trust, respect and dependence.

Hence, it is believed that beauty pageants actually do not increase women’s dignity and position in society.

Such competitions where the bodies of women are exposed as sex items should be discouraged because they spread unhealthy sexuality in society and the spread of lust and perversion can not be good for any society.

Role of mother versus that of father

Both the father and the mother love their child. Still, the question arises whose role between the parents is more important.

Let us look deep into the role of the parents at different phases of a child’s life.

A mother suffers most in rearing a child. First of all, she has to carry the child in her womb during the pregnancy. It is a difficult task.

Even many mothers die at the time of giving birth to their children. Here the role of a mother is far more important than that of a father.

After the birth of the child, somebody has to care for it. It is the mother who has to be doing most of the looking after. The child has to be breastfed.

Only a mother can do that. Besides, other things such as washing, clothing, giving medicine, and all other things have to be taken care of by my mother.

A father plays a much smaller role in taking care of a child during the early years.

During the school years, it has also been found that a mother plays a very important role in a child’s life.

A child spends most of its time with the mother more than with the father. A mother can address the mental needs of a child better than the father.

In most cases, a father usually remains engaged in outdoor activities. On the other hand, a mother manages the household activities and remains indoors.

As a result, a mother can take care of the physical, mental and psychological needs of her child.

The role of a father is also not less important. Fathers earn money and give financial protection for the family including the children and their mothers.

This financial support and security are very important for the well-being of the children.

It is usually believed that the role of both the father and the mother is important for the proper physical, mental, and psychological growth of a child.

In spite of that, a mother certainly plays a major part in the life of her child. It is certain that there are physical and mental differences between males and females.

The body of a woman is unique to conceiving, breastfeeding, and taking care of her child. The mental and psychological build-up of a mother is also suitable for the proper rearing of the child.

Hence it should be justified to say that the contribution of a mother is the most important for rearing a child.