How to Make Simple Meals

Changing Sentence for SSC with Answers 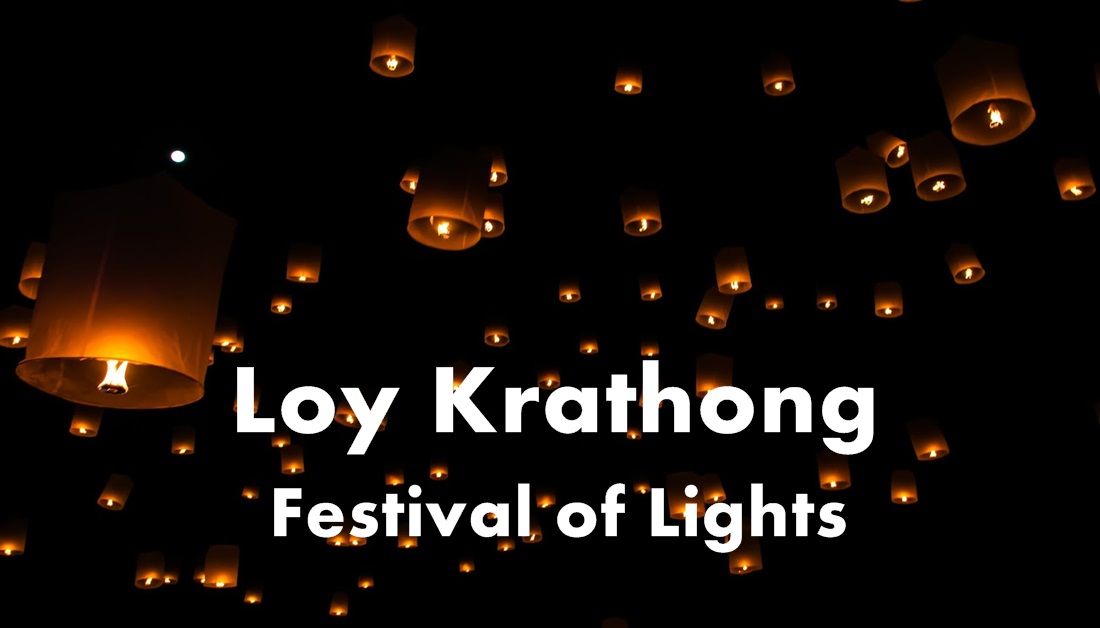 Tens of thousands of jubilant Thais from all walks of life thronged along the banks of Ping river to float away candle-lit offerings to the water spirits, while five hundred fireworks, one after another, lit the sky of Chiang Mai.

Attired in traditional costumes, men and women of all ages also brought out colourful processions with decorated vehicles.

They danced, they sang to celebrate the Loy Krathong (festival of lights) which fell on the full moon night of November 3.

Loy Krathong is one of the most celebrated events in the northern region of Thailand, especially in Chiang Mai the 700-year old city located about 7000 kilometres north of Bangkok

On this special night of the festival, people gather at river banks, reservoirs or ponds to float their offerings known as Krathongs as a gesture of paying homage and gratitude to the river Goddess for providing as a lifeline for agriculture and human existence.

People also seek forgiveness from the river Goddess for intentionally or unintentionally polluting and exploiting the riverways in the previous year.

A Krathong or float is made from a piece of the banana trunk as the base decorated with banana leaves artistically folded in the form of flower petals and fresh flowers, a candle and three joss sticks.

Besides floating Krathong as a sacrificial offering, people also make wishes for a better life, love, education, family and career and hope that the Krathongs will take away bad luck and misfortune from their lives.

Explanations of the festival’s significance vary. One belief is that as the floats embark on their journey, they take with it the owner’s misfortunes.

Most Thais also believe the floating of the Krathong is a yearly sloughing off all the sins and calamities that have befallen a person.

On a lighter note, it is also believed that lovers can forecast the fortune of their romance by watching their Krathongs float downstream together.

that remain together into the darkness, promise life-long partnership.

Besides fireworks and firecrackers, balloons made from thin paper and containing smoke are released into the air as a part of a celebration that continues throughout the night.

The annual festival, also celebrated in other neighbouring countries, is held on the full moon day of the 12th lunar month.

The festival is believed to have its beginnings -at least in Thailand–in Sukothai province, north of Bangkok, almost 800 years ago.

A stone inscription from the Sukothai period describes an ancient Loy Krathong festival.

“There are four main gates in the city of Sukothai.On festive occasions; people jam the city to witness the light of the festival in progress.”

When the ancient Sukothai city was restored to its former splendour as the Historical Park of Sukothai, endeavours were made to bring back ancient festivals and the legendary festive atmosphere.

This brought the Light Festival and has remained a major attraction since.

Festivals are an important part of Thai life, particularly in Chiang Mai, where they may have religious, or cultural, or agricultural, or purely local significance.

Besides the Loy Krathong, the two other most attractive festivals in Chiang Mai are the Flower Festival in February and Songkran, which marks the traditional Thai New Year each April.

I had been to Thailand many times but had no opportunity to be in Chiang Mai, popularly known as the ‘Rose of the North’ because of its pleasant climate, scenic beauty, and numerous sightseeing spots.

Someone described Chiang Mai as the land of beauty, warm hospitality and good manners….the land of fascinating, mist-shrouded mountain scenery and fertile valleys…the land of religion with nearly 1,100 Buddhist temples ..and the land of Thai art.

Chiang Mai is also the home to traditional Thai handicrafts such as silk and cotton weaving, pottery, silverware and lacquerware.

It was really delighting for me when I got the opportunity to revisit Thailand this year, especially to attend the Loy Krathong festival in Chiang Mai, as one of the 10-member media teams from south Asia and Indo-China.

As the flight of Thai airways entered the sky of Chiang Mai on November 1 morning, the “Rose of the North” was clearly visible at the foothill of huge green mountains.

There are a lot of mountains and valleys in Chiang Mai, which has the status of a province of Thailand.

Plains are also there in the middle part along the banks of the Ping river. The Inthanon mountain has the highest peak in the country at 2,565 meters.

Mountains surrounding Chiang Mai are essentially foothills of the mighty Himalayas, and besides providing scenic beauty in the form of forests and waterfalls, host several formerly itinerant hill tribes of Tibeto-Burman origin.

In addition, there are several other smaller ethnic groups throughout Chiang Mai about 95 percent of the population are Buddhists and others include Muslims, Christians, Hindus and Sikhs.

The provincial administration of Chiang Mai is separated into 22 districts, 204 sub-districts and 1,828 villages.

The main function of the Loy Krathong festival was organized on the street in front of the Chiang Mai municipal office on the bank of Ping River.

The festival started exploding firecrackers and displaying fireworks after the sunset while the full moon was shining in the sky.

The prime attraction of the function was the grand parade of 23 groups representing different organizations and institutions.

Young men and women along with children and elderly people in colourful dresses marched beating drums and playing musical instruments.

The processionists carried Krathongs of various sizes and shapes which were later floated in the river water.

Some colourfully decorated big Krathongs were dragged by the cheerful participants.

We, the members of the media team, were invited by the lord mayor of Chiang Mai to attend the function and join the festival.

We did, and also floated Krathongs in the river along with the rejoicing Chiang Mai people. And we wished all the best.