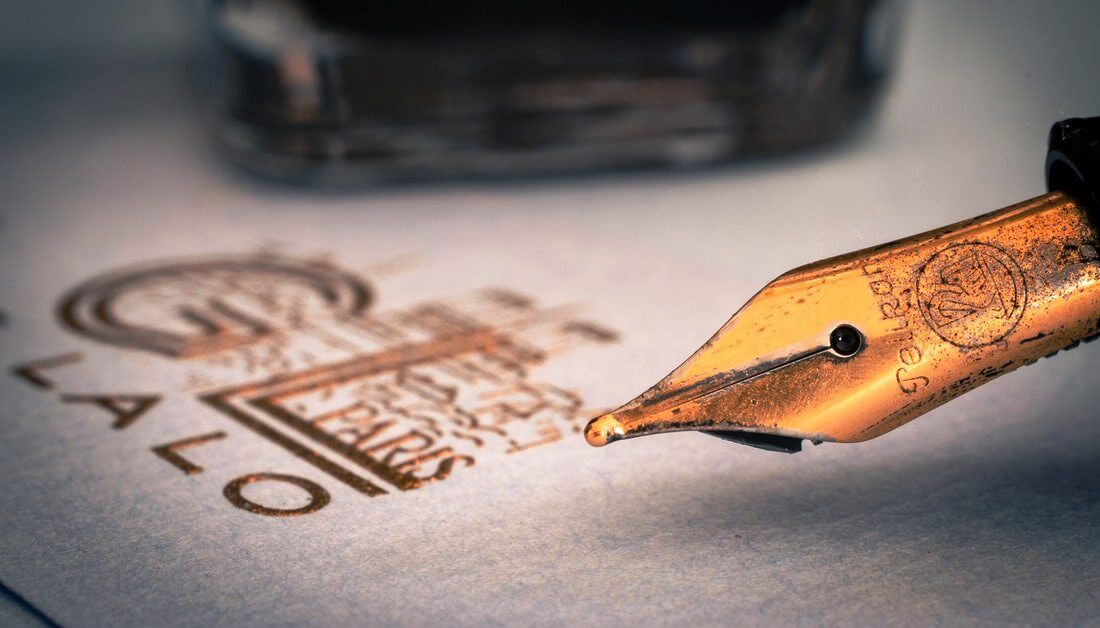 I have a pen in my hand. I have borrowed this pen from my father. But my hand shakes as I write these lines.

I can only draw a black and white picture with this pen while my father used to draw abstract colors. When my father was very sick he didn’t want to write.

His hand would shake and he would put the pen down very abruptly. He didn’t like his handwriting –the loss of beauty in it.

My hand also shakes but for me it’s a lack of beauty of imagination. The pen didn’t move in his hands and it does not move in my hand-apparently for different reasons.

My hand also shakes but for me it’s a lack of beauty of imagination. The pen didn’t move in his hands and it does not move in my hand-apparently for different reasons.

But I would try to draw a picture –only once with his pen. Then I would request anyone who knew my father’s pen to forgive me for once. At least I am not spoiling his canvas.

A child’s face, a woman’s face a smile, a well-presented sentence, -what’s common in all these? All decent beautiful simple things used to attract my father.

I don’t know the full history of my father’s life, each and every corner of it and I don’t intend to find those.

These were his private corners where he dwelled in his thoughts to take different colours to paint impressions of pictures like Manet and Monet. I leave those places to others to find.

How was he as a father? To be honest I don’t know in set standards. He never hugged me, walked beside me in my difficult times, and participated in any dialogue with me.

It was all about impressions not defined. It was the case with my father. Right now if I look back I can probably find the meaning of most of the frequent ‘pauses’ but before my pilgrimage into his world, these pauses were disturbing, just barren silences.

Then I realized he bathed all his children with a different kind of love, one that’s better expressed in silent gestures.

For most of my life I saw him from a distance and only during the last five months did I see him from close. Both of these situations (seeing too closely or from too distantly ….) hindered my vision.

But in between blurred visions, I can draw an incomplete picture –one side of a person that others don’t know about.

During the last five months, she fought a different kind of war. A war against death, disease, and disability …..

He fought tremendously against all these ugly events. He didn’t fight for his lift but he fought intensely to retain the decency of life.

Sometimes it would become very difficult for him to construct a sentence. He would pick just two words and compose something beautiful.

Sometimes my brother would take her little daughter by my father’s bed side and ask him about her.

With great effort, Abba would try to smile and then would say, ‘you are my Lathi’.

The word would be like a short story always with a rich unfinished feeling…..! Children propped up his strength …. That’s why he would use the world stick.

During dialysis, he would ask me about it. I would say holding his hand, “It’s nothing Abba, it’s just that your blood is being cleansed.”

There was tremendous trauma during the process, his body would be frighteningly unstable and with intense pain in his eyes, he would say, “I am being cleansed of impurities. There would be deep religious meaning to every word he said.

I brought back two books from Abba’s bookcase. One is speculative philosophers’. The book smells of a different time and place.

With time the pages have turned a little yellowish but the red lines of a pencil are bright.

Underlining words of wisdom. It speaks of human knowledge, the way to purity, the essence of mind, and surprisingly all come back to the identity of my father. Abba was from a different time –the last of the modest thinkers!

He lived a simple life, used simple words, had simple dreams, and had the prophetic gift of expressing all these too simply –that‘s what attracted his readers.

We have crossed the borders and live in a different time but anyone who is willing to make a journey can do so. His profound simple thoughts and imaginations are archived.

Different pens will draw different strokes to explore the rich unexplored world of his short stories.

But this is how I remember my father. Someone gave me wisdom and enlightenment in complete silence. He had a rare gift that’s why I borrowed his pen for once-to write about him.

As I move my pen back and forth I am trying to communicate with his mind as underlined by red lines in his book ‘….. the mind which clearly excels the body has power to a greater degree. And thus the mind is proved immortal if it can exist per se…..’

We have crossed the borders and live in a different time but anyone who is willing to make a journey can do so. His profound simple thoughts and imaginations are archived.

Different pens will draw different strokes to explore the rich unexplored world of his short stories.